In running for Council for the fourth time I believe I would bring a balanced perspective with both personal and professional experience around social issues as well as his involvement over the years with various community groups and boards on issues from Homelessness & Housing, Food Security & Poverty, to Neighbourhood & Community Planning and Downtown Revitalization.

A long time Social and Community activist I know it is critical to recognize the importance of a healthy diverse economy in providing meaningful employment and the necessary tax base from which to run our fair city. “We need a strong advocate on council representing the interests of the South End, an advocate who also understands the issues in other areas of the city as well. There is much to be said for the Ward system as opposed to the at large. This becomes even more apparent when we consider south of the Hospital area has seen no elected representation for years.”

I am a third generation Nanaimoite, having lived in Nanaimo for the past 30 years most spent in the South End and Downtown areas. In 2002 I completed a degree in Child & Youth Care at Malaspina University/College while working full time as manager of Samaritan House Emergency Shelter. I am currently employed with Nanaimo Youth Services Association as Coordinator of their 20 unit Youth Housing Complex.

I believe Nanaimo is a unique city that still has an opportunity to work collectively towards not repeating the mistakes other cities have made in the past. We need to focus on the preservation of Nanaimo’s heritage with development that works in harmony with the waterfront and mountain vistas, maintaining the unique character of neighbourhoods and the community, Citizen Driven and Not Developer Driven. Smart Growth not rapid growth should determine Nanaimo’s future.

We need to implement sustainable small-scale social programs throughout Nanaimo that move away from the institutional and towards community integration. We must work towards Social Equality and the elimination of the endemic poverty that exists in Nanaimo. This process can be accomplished in part through innovative sustainable affordable housing options that do not place a greater burden on the already high taxes that exist in Nanaimo. It is imperative that we, as a community, recognize and value diversity and the potential of all citizens in contributing to make Nanaimo a vibrant and inclusive community.

In keeping with a vision of a healthy community I believe that we must look towards the environment both urban and rural. Initiatives towards green energy, environmental protection and public ownership of our drinking water must also be given priority.

Nanaimo Community Vision
"Nanaimo will be a community that respects people. It will hold neighbourhoods as the building blocks of the city. Nanaimo will be safe and supportive for people of all ages and all income levels. It will be an attractive place to live with the historic downtown core forming the "heart" of the city. Change in the city will be based on the foundation of community participation. Nanaimo will be a community that respects and preserves the environment and one that is pedestrian friendly. It will be a city of social and economic opportunity that has a diverse economy and a wide range of social, recreational, cultural and artistic amenities and services."

Communication & Community Involvement
At its best the city currently does the required bare minimum to promote community participation. The ultimate result of this is often seen by people getting up in arms when decisions are made that they see having a direct impact on them. This has most recently been seen when related to placing Supportive Housing in various neighbourhoods throughout the city.
The City needs to preempt this by meaningful communication and education on issues affecting the community. When elected I will take steps to improve communication and community involvement by initiating town hall style meetings, informing the public via social networking and newspaper flyers and any other cost effective means suggested.
First Nations:
Through my work and community involvement I have gotten to know many people of First Nation heritage. I have also built relationships with a number of councilors and the chief of Snuneymuxw First Nation. As one of the poorer of the first nations groups in BC the city of Nanaimo needs to support the Snuneymuxw people in their efforts of seeking redress from Provincial and Federal Governments. Nanaimo needs to continue to cement its relationships with the Snuneymuxw and work towards making this a better community for all.
Parks:
“From recreational to Tot Lots we need to ensure all of Nanaimo’s Parks are safe from rezoning in the future.” This was my original statement from 2008 and in the interim progress has been made. It is not however totally there yet. With nagging from people like myself the City of Nanaimo initiated a bylaw that now recognizes parks as being dedicated and the only way to change that would be through the will of the people.

The properties, at Maffeo Sutton Park, offered to a developer for a hotel at the Convention Centre have been zoned Park. We also need to look at the purchase of Linley Valley West as well as other properties and increase the amount of green space for the enjoyment of both citizen and tourist.

When elected I will work to change the City Process and look to disallowing the AAP unless for emergency or simple measures. I will also work towards measures that allow for the increase in park space in Nanaimo.

Water:
We need to ensure that privatization of water never comes up on the agenda of the Municipality and Regional District. Nanaimo needs to look to the purchase of the watersheds surrounding our drinking water.

Development must not take place at the sacrifice of future water use and supply.

The Snuneymuxw First Nation does have some claim to the watershed area and we must work with them towards utilizing the watershed and Nanaimo River for the benefit of the community.

Planning & Development:
Nanaimo is fast becoming a laughing stock, among communities across Canada, when it comes to urban planning. We need to implement smart growth principals creating density within rather than by expanding through sprawl. In the event that the Cable Bay Developers default on their taxes the City must look at pulling the Urban Containment Boundary back to its pre 2008 designation.

Community contributions towards subdividing and density bonusing must be brought in line towards a more reasonable percentage that will benefit the community.

Neighbourhood involvement needs to be the first step for developers before taking their projects to the city for approval. At least two neighbourhood plans should be initiated each year to give the immediate community input on future development in the neighbourhood.

Housing, Homelessness & Concentration of Social Services
The City of Nanaimo must lobby provincial and federal levels of government to work with the municipality in the provision of affordable/social housing and other means to end homelessness and poverty in Nanaimo. I have been involved in working towards alleviating homelessness for well over a decade and was involved in the development of Nanaimo’s Homelessness Strategy.
I offer no apologies for my commitment to addressing homelessness and my steadfast belief that in order to do so as well as to combat poverty we need to decentralize many services as well as housing and place them throughout the community.

Most communities work from the adage that you put the services where the people are. This has tended to concentrate services in the downtown or bordering neighbourhoods and results in urban decay and the ghettoization of the community. Poverty is not located in any one area and as such we need to look at creating smaller scale services outside of the downtown areas. We need to move away from large scale all-in-one institutional settings.

Food Security:
The City of Nanaimo must adopt a food charter coordinating municipal strategy that will encourage greater support for local food producers. The recent addition of Urban Garden’s to the re-developed Zoning Bylaw for Nanaimo is a step in the right direction towards food security and by allowing the sale of grown food a step towards allowing added income to those in need in Nanaimo.

While Urban Gardens are a good step the allowable portion of property to be used favours smaller lots. When elected I will work towards an across the board 75% usage.

Mayor & Councillor Behaviour:
Recognizing that comming before council can be a stressful process ALL citizens must be treated with dignity and respect.

City Council Terms of Office:
Too often this has become a career, many having sat on council for 25 years or more. I believe we need to limit the number of terms a person sits on council to 2 or 3 at the most. This would allow for a quicker turnover to fresh ideas and enthusiasm on the part of newly elected municipal officials. Mayoral terms should be limited to a maximum of 2.

Council Salaries:
Prior to the election council effectively raised the pay for this coming council by almost 26% over the next three years. Council justifies this by stating that Nanaimo Council and Mayor salaries are far below the median salary when compared to 12 similar communities.

The problem with this rationale is that as communities strive to reach the median the median will always increase. It is my belief that Council and Mayoral salaries should be tied to cost of living increases only.

At the current salary of $26,000.00 Nanaimo councilors make more than 44% of the population of Nanaimo and if you add in the amount of $11,000.00 received by those that also sit on the Regional District Board the wage rises to more than 59% of the population. Not bad for what is essentially a part time job.

When elected I plan to keep my day job and donate 50% of my council society back to the community. I will also be putting forward a motion to have council salaries tied to cost of living increases only. 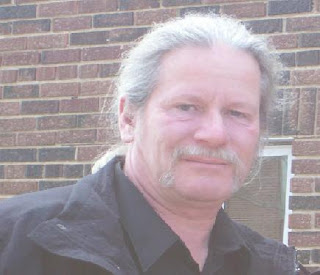 How can we make a financial contribution to your campaign?