Voices From The Street Rally

Homeless Speak Out At Street Rally
What a great day it was. The weather held out and though just a little chilly in the KRALL space we had a pretty good turnout. We wetre really fortunate to be able to have the group Trinitude show up to play their song Lamant to Paul Jackson. Paul and his fiddle were fixtures in the city and on the Island. Sadly, in 2006, he passed away while stayiong at the Salvation Army Shelter. I had spoken to him earlier in the day and there was really no indication it would be his last. Other musicians included the Cunningham Family, Bobbi Schram, Owl & Pussycat, and some young musicians from Woodlands School.
We had a number of excellent speakers focusing primarily on the Homeless & Activists. Herb Mountain, homeless, was the most powerful of the speakers talking about his life and how people portray the homeless. “We’re just people, we have a little more problems sometimes, and the only way we can deal with it is drinking,” he said. “[People think] that we’re all dirty, crazy out of control people… We’re generally harmless.”
The latter part of the rally was devoted to candidates in the upcoming election and 5 showed up including, Leoanard Krog(NDP MLA Nanaimo), Ron Cantelon(Liberal MLA Parksville Qualicum), Dog Routley(NDP MLA Nanaimo/North Cowichan), Jeet Manhas(Liberal Candidate Nanaimo) and Dirk Becker(Green Party Candidate Nanaimo). Not to bad of a showing at all. The best Question from the audience was posed to Ron Cantelon, "How much did your suit cost".
Couldn't have pulled this off without the help of a young activist Katie Durvin. This is a phenominal young lady who started out organizing STANDS while at Woodlands high school and continues to do so now that she is at VIU. Katie even got a grant to provide reusable bags for the clients at Loaves & Fishes Food Bank and now sits on their board of directors. I have been trying to get Katie more involved and that is how we got together to do the Rally. I have also invited Katie to come and speak, with me, to a grade six class at Aspengrove School. Katie's involvement really brings home that the younger generation wants to be involved in making this a better planet. 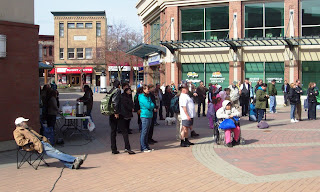 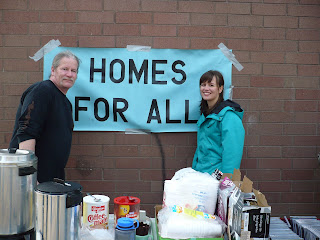 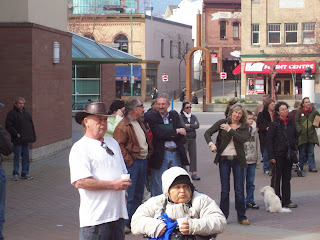 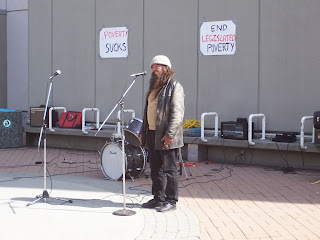 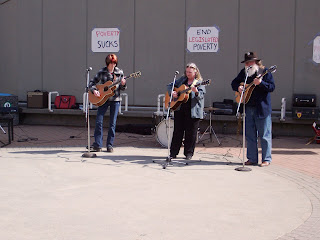 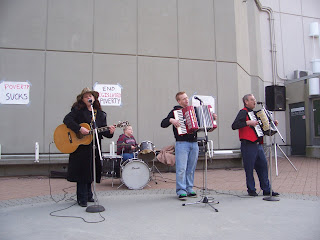 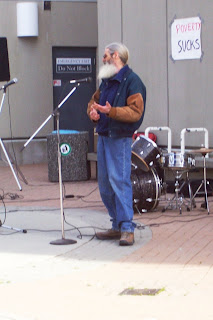 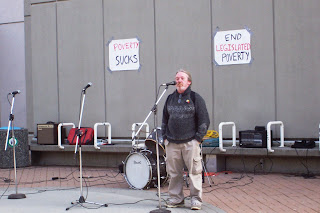 The turnout was somewhat disappointing. I got the impression that the majority of the working middle class, the poor and certainly Nanaimo's 'movers and shakers' probably just don't give a shat. Regardless, good work Gord, your efforts are certainly noticed and appreciated.

Most of the movers and shakers were at a meeting of Vancouver Island Coastal Communities at the convention centre. Shortly after the Homeless Rally there was a Rally for the Rivers which was well attended by individuals and groups many from out of town. They did manage to get a moratorium on projects that could have seen numerous hydro projects crop up on a single river.