I recently attended the Red Blue Serge Dinner in Nanaimo, a fundraiser for the Tour de Rock. The Tour de Rock involves a number of police officers from across Vancouver Island cycling the length of the island and stopping in various communities where they meet and talk to the public raising funds to help in the fight against cancer. Here's a local news article.

This is a charity that is close to my heart especially as the monies raised go to help fight paediatric cancer including research and the operation of Camp Goodtimes the goal of which is to create “a safe and fun environment where friendships and lifelong memories can be made.”

At the dinner auxiliary Constable David Knott and Constable Cameron Thompson spoke eloquently about their reasons for participating in the event. Aux. Constable Knott talked about his personal battle with cancer as well as experiences he had at Camp Goodtimes working with the kids and how they offered support and understanding, beyond their years, to each other

Almost everyone I talk to has been touched in one way or another by Cancer. While it is no less hard for families to deal with when an adult is diagnosed with cancer it is the plight of a child facing the disease that really pulls at my heartstrings. Shortly after my wife Gayle passed away from Cancer in 2003 I was lying on a beach and listening to the radio. Interspersed with the music was a campaign seeking donations for the Children’s Hospital in Vancouver and especially heart wrenching were the personal stories of the children. At that point I made a decision to go home and call the fundraiser to make a significant donation to the campaign, I still had some funds from a small insurance policy through where Gayle and I worked which allowed me to do this and make the donation in her name. While driving home I had put in a CD of Gayle’s favourite songs one of which is called Stolen Child by the Waterboys, by the time I arrived home I was in tears. I have attached a link to the song, listen to the lyrics and you will see why. 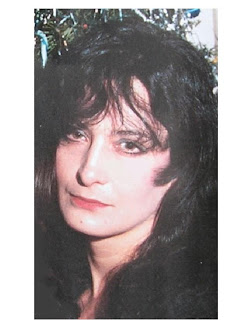 My stepson Erik, Gayles son, has had his fair share of dealings with this insideous disease. Upon returning from a stint with Canada World Youth he was faced with his mother's diagnosis as well as his father being hit by throat cancer. While the outcome for his father went well it unfortunately did not with his mother. Erik has moved forward in life graduating from the RCMP earlier this year as well as marrying his long time girlfriend shortly thereafter. 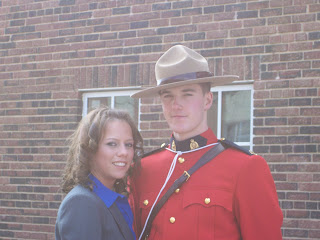 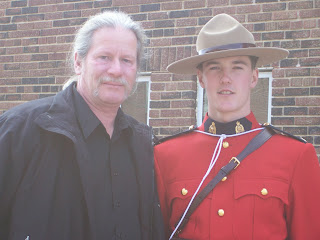 It was my distinct pleasure to sit with Constable Cameron Thompson, his wife Anne and their two children at the Red Blue Serge dinner and I look forward to getting to know the family better. The commitment of all of the riders, their support staff and the many others who raise funds in towns and cities throughout the Tour is to be commended and I would encourage anyone who is able to donate to this worthy cause. While the Tour has recently ended you can still donate by clicking here. 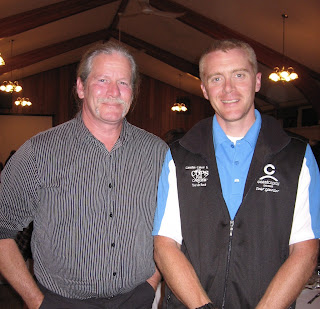 It was great to see you there supporting such a worthy cause. Thanks for being there. The food wasn't half bad either! ;-)

Gord your passion shows in everything you do for this City. Thank you. This is your time to represent us on council.