It’s been a busy few weeks what with running in the upcoming election, dealing with work and all of my other commitments. Sadly it looks like the Supportive Social Housing will be one of the main issues.

With the announcement of the North End location things have really been heating up. A particularly nasty little group calling themselves the Concerned Citizens of Nanaimo has a website up, What’s Wrong with this Picture where a lot of misinformation and fear is being spread. They have a lot of money behind them and have sent out a card, with some of this misinformation, which people can send to their MLA and City Council. The group has also placed a number of full page adds, seen at the bottom of their home page, in the papers in order to galvanize and misinform the community.

As a response to this the Working Group on Homelessness decided to do an ad of their own thanking council for their steadfast support of housing the Homeless. On Monday the 17th I also appeared at council, council video Nov 17 2011, to reiterate that support personally. Go to the first delegation after Cathy Davis, 917pm, for delegations from the North End as well as my own.
Below are copies of the ad we put out, spent many hours pulling it all together with the help of Lynn Burrows and we still have more than 100 names that came in that we were unable to put in the ad, as well as my delegation. Have to head out soon to do some of my regular pickups for the 7-10 Club but wwill hopefully be able to spend the afternoon wwith more updates to the blog, things are pilling up. You can also find out more about what I have been doing by checking my facebook page for the election Elect Gordon Fuller to Nanaimo Council 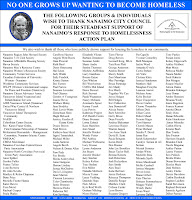 I want to keep this simple and to the point so as not to take up any more of your time than needed.

I personally want to thank the Mayor and all on Council who have steadfastly supported Nanaimo’s Homelessness & Harm Reduction Strategy.

The housing first concept, used throughout North America, has proven itself in alleviating homelessness and by attaching supports to meet the need of the individual has allowed many to move forward in their fight against addiction.

Some would like to see Nanaimo revisit its strategy a strategy based on the success of the Housing First concept. I and many others in the community spent years to develop this plan and to gain support of the province towards its funding. Should we start over? No, we need to keep moving forward with a proven strategy.

As an Advocate for Social Change on Homelessness and poverty issues in Nanaimo, for well over a decade, I have attended memorial services for far too many in the community who, I have no doubt whatsoever, would still be here had the strategy been implemented sooner. It is on their behalf, and the many this will save, that I so adamantly believe Nanaimo’s Homelessness & Harm Reduction Strategy must continue to move forward.